Flood in Western Maharashtra not due to Almatti Dam

1. The first interesting thing associated with this film is that the garments worn by Aamir Khan in the Bollywood film PK were not bought but collected and demanded by the people.

4. Sanjay Dutt was in jail when Aamir Khan's film PK was released. Aamir Khan arranged the screening of the film for Sanjay Dutt in jail.

5. It was the first film made in the history of Indian cinema to do more than $100 million at the box office outside the country.

film was about fake gurus not hindu gods idiot

One more record being an anti hindu Movie, released in hindustan, there was no issue or riot. which shows how tolerant and peaceful religion we hindus are. 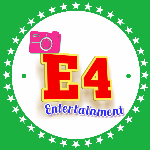 you copied the article from my account I am gonna complaint

3
Read More Comments
FEATURING RECOMMEND
Samantha Akkineni Shares A 'peace Out' Selfie Amid Controversy With Pooja Hegde Download to Read
Flood in Western Maharashtra not due to Almatti Dam
Mujtaba Hussain: A satirist par excellence
The most beautiful woman in history, whose beautiful appearance had become the reason for her death
Bengaluru corporator tests positive for COVID-19
Ishqbaaaz actress Navina Bole’s baby girl, Kimaayra, is too cute for words
Flipkart Sale: Must Check Out Discount Offers On Premium Smartphones
Pankaj Kapur Birthday Special: 7 Roles Of The Legendary Actor Which Prove What A Genius He Is
After Ranbir Kapoor Chops Off Alia Bhatt's Hair, Neetu Kapoor Turns Hairdresser For Daughter Riddhima
Deepika Padukone Shares Family Whatsapp Chat; She Has A Special Name For Ranveer Singh On Her Phonebook
Manipur jolted by two back-to-back earthquakes
Eid Delight: Swara Bhasker stuns as she dresses up for the festival
Samantha Akkineni Reveals The Hardest Thing About Being A Celebrity; Read Here
Delhi CM Arvind Kejriwal says COVID-19 cases are increasing due to lockdown relaxations but situation under control