Aftermath of Lockdown may last for over 18 months

3. Moon on the forehead of Lord Shiva:

Moon God Chandra married the 27 daughters of Daksha but noticed only one wife (Rohini). Angered by Chandra's attitude, Daksha curses him that he will lose all his luster. Chandra went to Brahma who asked him to go to Lord Shiva. After blessing Chandra, Lord Shiva has since placed him on his head.

When the ocean of milk was being churned by the Devas and Asuras, a deadly poison called Halahala appeared. This poison had the potential to destroy the entire creation. Lord Shiva immediately drank all the poison. Goddess Parvati held his neck to prevent the poison from entering his body and so it remained blue in his throat. Hence Lord Shiva came to be known as Neelkanth.

Now what do you say about this article guys? Let me know your answers & opinion in the below comment box. 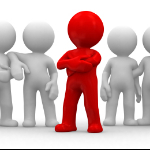