In 1995, when Anjali became Sachin's wife, she looked very beautiful,

How to Carry Your Sleeping Girl to Bed

This 24-year-old Malayalam actress is very beautiful, her name is...

Amitabh Bachchan and Bollywood filmmaker are back again after their association in Piku. Both are working together in the project Gulabo Sitabo that also has Andhadhun actor Ayushmann Khurrana in the lead role. Big B was in the news when he flew to Lucknow to shoot for the film and now yet again, he has grabbed eyeballs as his first look from the film is finally out in which he looks unrecognizable.

In what's being touted as the most challenging film of her career, Deepika will be seen playing an acid attack survivor, based on the traumatic yet equally inspiring story of acid attack survivor/activist Laxmi Agarwal. While the entire film is going to be highly emotionally draining but physically too, Deepika hasn't compromised on replicating Laxmi's look. The striking resemblance with the help of prosthetics is too uncanny and moreover, seeing one of the most beautiful actresses deglam to such an extent only proves how it's a character above everything...

And then comes the Khiladi of Bollywood who agreed to play a beast, bird, human, anti-hero all with his one character. The extent to which Akshay transformed for 2.0 is perhaps something that Indian film industry has never witnessed. He had even mentioned how he would take over 5-8 hours a day to get the look and then act wearing the heavy costume.

Hrithik Roshan played the role of an adroit thief in Dhoom 2. In the early scenes, he disguised as an old man and an old woman. Thanks to the makeup artist, he was completely unrecognizable.

The Govinda starrer, comedy movie was extremely hilarious. One of the best scenes was when Raj's friend met Raj's family. Govinda played the role of all characters. The best one was the old grandpa who was also hilarious. Undoubtedly, Govinda invested many hours in the makeup room to physically fit the character.

Mirroring the look and mannerism of a person who is still alive comes with its own set of challenges and let's just say how convincingly Ranbir Kapoor stepped into Sanjay Dutt's shoes for Sanju.

From beefing up to imitating that signature Sanjay Dutt walk, every scene in Sanju was almost like as if Sanjay Dutt was himself playing himself on screen.

Randeep Hooda plays the role of Sarabjit Singh in the biopic, directed by Omung Kumar.

Titled "Sarbjit", the movie is based on the life of Sarabjit, an Indian convicted of terrorism and espionage by a Pakistani court. He was awarded the death penalty but was killed by jail inmates prior to date of the execution. 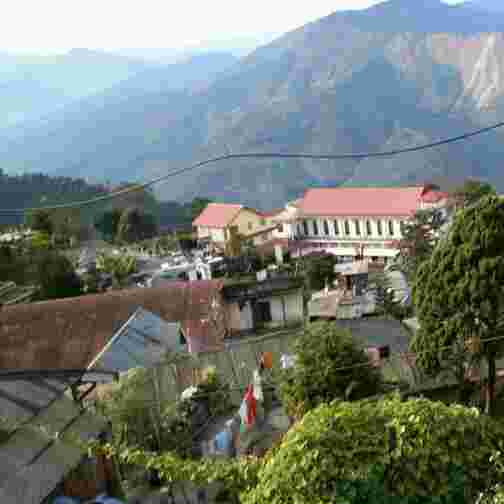 0
Read More Comments
FEATURING RECOMMEND
In 1995, when Anjali became Sachin's wife, she looked very beautiful, Download to Read
How to Carry Your Sleeping Girl to Bed
This 24-year-old Malayalam actress is very beautiful, her name is...
Stunning Jhumka Earrings That Every Women Should Have In Her Vanity
PM Modi discusses COVID-19 pandemic with Israeli PM Netanyahu on telephone
Please continue to respect my personal space.⠀ #SocialDistancing
Interesting & Unknown Facts About the Gorgeous Indian Actress Anushka Shetty.
10 awesome things you can do in this lockdown period.
Auspicious time for these 9 zodiac signs has started
13 Pictures That Will Bring Back Your Childhood Memories
Covid-19: Emirates Airlines announces free flights
25+ Animals Who Tried to Be Angry but Made Us Go Awww Instead
Google now lets you Van Gogh and Da Vinci your photographs… sort of
Dilip Kumar advices people to Light Lamps on April 5 night 9 PM