Royal Enfield has launched the new variant of the standard Bullet in India.

The Bullet 350, in addition to its existing black colour, will now be also available in three new colours - Silver, Sapphire Blue and the Onyx Black. While the Bullet 350 ES is available in Jet Black, Regal Red, Royal Blue colour options in addition to the current Maroon and Silver variants. The new motorcycle also gets Royal Enfield stickers instead of the 3D logo, unlike before, it also features black rims and matte black finishing on the engine as well.

Bullet 350 ES is continuously comes powered by a 346cc, single-cylinder, 4 stroke, twin-spark, air-cooled engine puts out 19.8 bhp at 5250 rpm and 28 Nm of torque at 4000 rpm, it comes mated with a 5-speed gearbox. Braking duties are taken care by a 280mm disc at the front and a 153mm drum at the rear, the motorcycle also features single-channel ABS as standard. 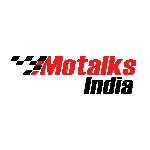 Thanks for your response

0
Read More Comments
FEATURING RECOMMEND
Chandra Grahan 2020 - Lunar eclipse for 4 hours, know at what time it will take place Download to Read
Astrology 2020: Message of the Day (January 20)
After the release of these films, you will forget 'Saaho' and 'War'
If you want success, You must create your own way
Amitabh Bachchan's Heartfelt Tweet For Harivansh Rai Bachchan On His Death Anniversary
Nature has made this actress with great leisure, looks very cute
Kareena Kapoor was becoming the wife of the Chief Minister of this state
Most Inspirational images you would love to see
Grow your front garden to combat loneliness, says RHS
This 35 years old TV actress looked like a teenager in school uniform, see her cute pics
Inspiring quotes about life by great people
10 Best Motivational Quotes of Swami Vivekananda - We must know about these quotes
These 5 cricketers have married 2 times in life, number 1 married a film actress
Which Bollywood actor has the hottest wife or girlfriend?
Despite being 35 years old this TV actress appeared with school uniform and school bag!