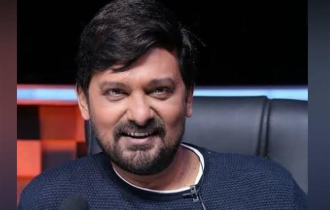 Salman Khan on Wajid''s demise: Will always love, respect, remember and miss you

CPM state secretary Kodiyeri Balakrishnan said that the LDF was capable of winning all 20 seats without the help of Congress.

THIRUVANANTHAPURAM: LDF on Monday decided to complete seat sharing talks ahead of the jathas to be led by CPM state secretary Kodiyeri Balakrishnan and CPI state secretary Kanam Rajendran later this week.

The LDF state leadership which met at the AKG Centre here, asked the constituents to speed up bilateral discussions on seat sharing at the earliest. The ruling front wants to go in campaign mode with a clear understanding on seat sharing.

The meeting discussed the arrangements for the jathas which are beginning on February 14 from Thiruvananthapuram and February 16 from Kasargod respectively. The meeting directed district, assembly and local committees to take all steps for ensuring the success of public meetings, street corner meetings, road shows and mass contact programmes to be held as part of the jathas. The places for reception were also discussed at length.

The leadership called for maximum mobilisation of people from all sections especially the marginalised sections, minorities and women. Special focus will on connecting with youth.

Meanwhile, no major change in seat allotment formula is expected for the forthcoming polls. In 2014 polls, the CPM had contested 15 seats, CPI 4 and JD(S) 1. The same formula is likely to be retained this time unless the leadership decides to accommodate the fresh entrants into the front.

CPM state secretary Kodiyeri Balakrishnan said that the LDF was capable of winning all 20 seats without the help of Congress. He was reacting to KPCC president Mullapally Ramachandran’s statement on Sunday that the Congress was not averse to having a tie up with CPM in Kerala.

Janathipathya Kerala Congress led by Francis George has expressed its desire to contest from Kottayam. INL has demanded one of the seats in Malabar.
Similarly, Janata Dal wants the Kottayam seat swa-pped with Thiruvanant-hapuram as the party believes that its senior leader A Neelalohi-thadasan Nadar stands a good chance from the prestigious seat.

Similarly, Loktantrik Janta Dal of M.P. Veerendrakumar is keen on Kozhikode though the CPM is unlikely to accept the demand.