This top heroine turns to Anchor

India is currently playing the first Test match between South Africa. In which Indian opener Rohit Sharma has batted smoky. He scored a total of the 303 runs in both innings. A total of 176 runs were taken off his bat in the first innings. In the second innings, he scored 127 runs while batting in the style of T20. During this time, he has 13 sixes off his bat.

With this, he remains fourth in the world in terms of maximum sixes. In such a situation, today we are going to tell you about the most sixes players in the world.

Rohit only needs so many sixes: -

Chris Gayle ranks first in 462 matches with 534 sixes in terms of maximum sixes in international cricket. While Pakistan's Shahid Afridi has hit 476 sixes, he is in second place. In third place is Brandon McCullum, who hit 398 sixes. Rohit Sharma is present in fourth position with 386 sixes. He needed just 148 sixes to reach number 1. He has been seen performing brilliantly since last time. So he can easily name this record. 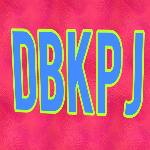