Hello and welcome to the Entertainment Diary, today we are going to share the pictures of bollywood stars. Their changing face from the debut film to their last release is here....

Salman Khan is an Indian actor, producer, occasional singer and television personality. In a film career spanning over thirty years, Khan has received numerous awards, including two National Film Awards as a film producer, and two Filmfare Awards for acting.

Shah Rukh Khan born 2 November 1965, also known by the initialism SRK, is an Indian actor, film producer, and television personality. Referred to in the media as the "Badshah of Bollywood", "King of Bollywood" and "King Khan", he has appeared in more than 80 Bollywood films.

Hrithik Roshan is an Indian actor who appears in Bollywood films. He has portrayed a variety of characters and is known for his dancing skills. One of the highest-paid actors in India, he has won many awards, including six Filmfares, four for Best Actor and one each for Best Debut and Best Actor.

Anil Kapoor is an Indian actor and producer who has appeared in over hundred Hindi-language films, as well as international films and television series. His career has spanned almost 40 years as an actor, and as a producer since 2005.

Tell us who is your favourite actor among these four actors. My favorite is Salman Khan. But I like all these actors. Follow Entertainment Diary For more updates. 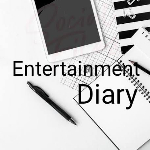 Anil Kapoor never changed her look for playing any character... 😂😂😂 same mustaches look for every movie. Have you ever seen him clean shaved?? 😂😂😂😂 tell me the name of his any movie where he is clean shaved. 😛😛😛