Teachers, students lodge protest against the destruction of Vidyasagar’s bust; college authorities file complaint against BJP president Amit Shah and organisers of his roadshow for the vandalism on its premises

Left leaders and activists led by Left Front chairman Biman Bose and CPI-M leaders Sitaram Yechury and Prakash Karat participated in a protest rally on May 15 to condemn the vandalism at Vidyasagar College in Kolkata. (Photo: IANS)

The Vidyasagar College authorities have lodged a complaint against BJP national president Amit Shah and the organisers of his roadshow for the vandalism on the premises. Principal Goutam Kundu suspected “non-Bengalis” behind the vandalism of Vidyasagar bust.

“Bengalis cannot break Vidyasagar bust. They have sentimental connection with him. The miscreants must be non-Bengalis,” said Principal Kundu.

After a meeting of the Vidyasagar College governing body on Wednesday, its president and historian Jiban Mukhopadhyay said: “We are shocked by the incident and demand proper inquiry. We have lodged a complaint at Amherst Street police station over the destruction of our college property. The estimate of loss will be determined soon.”

Officers from the Lalbazar detective department visited the spot on Wednesday and collected photographs and evidence in the evening.

Education Minister Partha Chatterjee said: “BJP should clarify why they
destroyed Vidyasagar’s statue and why they are trying to demean Bengal’s culture. The video footage circulated on social media clearly showed that some miscreants who were BJP supporters destroyed the bust.”

The Vidyasagar College For Women (Morning section VCFW) also drafted a letter to Chief Minister Mamata Banerjee and the higher education authorities, including the UCG and MHRD, addressing the incident.

Principal of VCFW Rupali Choudhury said, “We are coordinating with the day section and in solidarity we have drafted a letter to the higher authorities of the state protesting the incident. Our teachers and staff have joined the protest march organised by the Day College.”

The Left Front staged a protest rally on Wednesday from College Square to Hedua where Biman Basu, Sitaram Yechury, Prakash Karat, Suryakanta Mishra and many other CPI-M leaders participated. The Left leaders demanded the intervention of the Election Commission to conduct a proper inquiry.

Trinamool Congress workers too staged a protest against the incident wearing black badges. They gave floral offerings to a photograph of Vidyasagar on the Bidhan Sarani Campus where the incident took place.

The teachers of the Day Section of Vidyasagar College, along with their counterparts from the Morning Section, staged a peaceful protest in the old campus wearing black badges in solidarity and took out a rally in the evening. Former students of the college came forward and spoke to the teachers expressing their grief. They also offered money to reinstall the statue. They have planned a non-political protest on Thursday on the campus. It is non other than man from tmc to garner bengali sentiment. 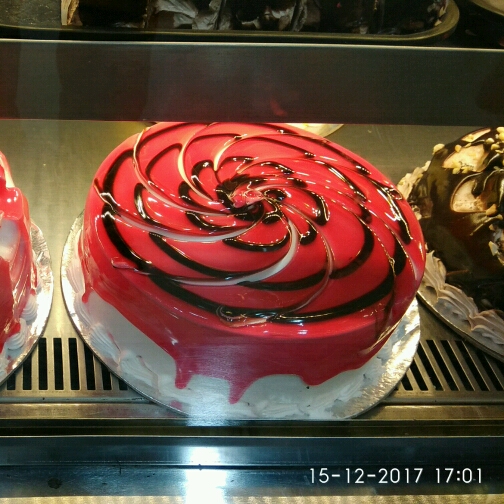 in order to hang on to power , people may do any sort of things lawfully or unlawfully

0
Read More Comments
FEATURING RECOMMEND
Cyclone Nisarga: Coastal states try to evacuate people in time of Covid-19 Download to Read
As Hardik Pandya announces fiancée Natasa Stankovic is pregnant, actress' ex-boyfriend Aly Goni reacts
Birthday Special: Some Most Stylish looks of Dabangg Girl ‘Asli Sona’
As Cyclone Nisarga eyes Mumbai, blame is on climate change
Flight Safety: Locust swarm could be worse than bird strike
This day is the first lunar eclipse of the month! Click here to know what will be the effect of time
Pranitha open for glam attack
🤣🤣
From small screen to big screen: Actors who passed away during COVID-19 lockdown
Eid-Ul-Fitr 2020: 10 Gorgeous DIY Mehendi Designs That Can Be Done Is Less Than 20 Mins During Lockdown
Ravi Shastri greeted Hardik Pandya and Natasa
Star actress put under Quarantine
America: Trump warned to angry protesters again, Said: If you do not calm down, the army will have to take off